Parenting in a social media world 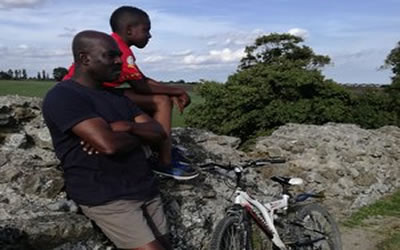 School: Is that Mr Ping?

School: This is the head teacher of your son’s primary school.

Parent: Is everything ok with my son?

School: I’m sorry to disturb you but I’m afraid your son has been involved in bullying.

Parent: excuse me Sir, are you sure you have dialled the correct number?

School: Sir, it came as a surprise ourselves to hear that your son has been involved in bullying his classmates over the internet on Instagram. This was reported by the classmate’s parents and we have evidence in the school office.

This conversation may come as a shock to most parents because we all like to believe that our children are saints. As wonderful as we may believe them to be, they may be up to all sorts when they are not under the watchful eye of mum and dad.

Parenting has been made tougher in this era of advanced technology where social media dominates everything we do. By the time I got used to Facebook, Instagram was already knocking on the door, not forgetting twitter, Snapchat, and the list is just endless. It can be so overwhelmingly tiresome that it is easy to throw in the towel and just leave your children to their own devices.

The real concern for many is the world of underage children on Facebook. As many as 7.5 million kids under the age of 13, despite the company's official prohibition on those under 16, and 5 million under the age of 10, according to one recent survey by the foxnews.com. This is a wake-up call for parents to get involved. Most parents will be astonished by their children's online behaviour and it is time we took responsibility. Ignorance should not be an excuse.

AVG Technologies released new research revealing the extent of children’s exposure to inappropriate content online, and the conflicting views and concerns of their parents. The findings reveal that more than a third (35%) of UK children have encountered dangers online while at home. Despite this reality, a quarter (24%) of all parents have no plans to educate their children about online risks – and this is particularly the case for those with older children, rising to one in four (39%) parents with 10-12 year olds, and two thirds (62%) of parents with 13-16 year olds.  When asked why, two in five (44%) parents believe their child is sensible enough to know what to avoid online, 22% think it will just be too awkward to discuss, and one in seven (14%) simply don’t think it’s necessary.

Majority of parents will admit that they don't have the tools, knowledge or time to properly monitor their children on social networks -- and many admit that they take no precautions at all. Just as we prepare our kids for life in the real world, we should prepare them for life in the online world. A smart and vigilant parent will trust your child while checking out the facts. As with any other life lessons, children look to parents for guidance; and in turn, it is their responsibility to teach them good from bad. By assuming that children know best simply because they have grown up around technology opens them up to online dangers. This calls for educating ourselves and our children about the dangers online. Below are a few tips to help us on this journey.

Check that your privacy settings for the Internet and Facebook are set to the strictest levels. Depending on which browser you are using, you can adjust the settings directly from the options tab and adjust levels around cookies, third party sites and more. This not only protects the computer user, but also the computer from the threat of viruses

It’s much easier to keep tabs on any online activity when the computer is located in a high-traffic zone than if your child is using a computer in the privacy of her own room. Place the computer in a central location like your kitchen or family room so that everything is out in the open.

In an ideal world, your child would never post a photo of herself online, but that might not be entirely realistic. If she wants to share photos with her friends via email or a social networking site, be sure you know exactly which pictures are being posted.

Just as you would limit use of a computer, TV or gaming system, you can do the same with a cell phone. Set rules for the device, only allowing cell phone usage at certain hours in the evening or after homework has been completed.

Many kids do not seem to understand the permanence of the online world. Make sure to stress to your kids what a digital footprint is and the impact inappropriate messages or images could have if a future college administrator or employer were to stumble upon them.

As a parent I know how overwhelming it can be to keep up with their child’s online activity. A new app called VISR has arrived to help alert parents to safety issues involving their children’s social media and apps usage, without parents actually having to spy on their kids’ accounts directly. At present, there are 22 alert categories including bullying, which may then include sub-categories like insulting someone’s character, exclusion, or threats. VISR also watches for things like sexting, explicit content, violence, drugs, late night usage, irresponsible geo-tagging and mental health concerns like depression, self-harm, and suicide. So there you go!

How To Support Us

How to support the Mission

Latest From Our Blog